Last week Thursday (28th of Jan) a few of our ladies and a gent had the opportunity to attend the inaugural Women of Silicon Roundabout conference. Over 200 women and men working in technology were present at the conference and workshops, which focused on practical and technical development of women in the sector. The agenda included talks on closing the gender gap, how to become a software engineer, panel discussions on women in leadership and workshops on how to market yourself; to name a few. 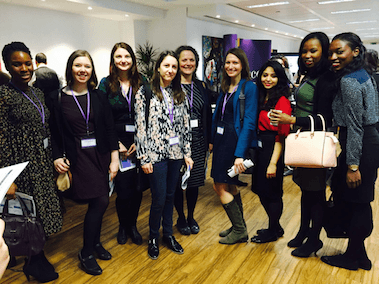 Mat Perry and Shana Dacres provide us with their perspective on the conference.

Despite my initial reservations about how awkward I might feel attending what I thought might be an all women event, I’m really glad I went. I listened to some really inspiring people and got a better understanding of how the technology industry needs to change for everyone’s benefit.

Here is a summary of the talks I attended:

Charlotte Briscall gave an insight into the things she values in her workplace that enable her to be a Mum and a Digital consultant at Sainsbury’s, also previously at Orange and EE.  The importance of early years of child development, engaging girls in IT, the factors that might be limiting this and the value of single sex schooling to support child development. 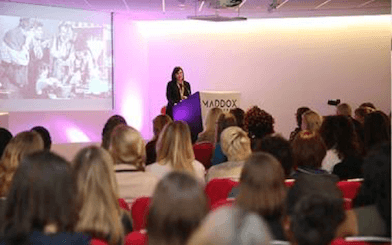 Lan O’Connor gave a view from a leadership perspective, having had a successful career both as an entrepreneur and a corporate career at Capgemini.  Leading Capgemini’s transformation to a Right-shore operating model, and now enjoying a portfolio of work with start-ups and academia alongside her work at Capgemini.

Maria Cristina Tarantino of Elsevier Publishing identified the importance of gender balance in agile teams, the need to foster a caring thoughtful culture to enable everyone to contribute and her belief in ensuring there is a fair distribution of work to build Team liquidity.

Adriana Vasiu described her journey from a small village in Transylvania, Romania, to London to become a Software Engineer at Sky. She identified what makes her feel valued in her role and what stereotypes and prejudices she has fought against, with humour, courage and determination.

Dr. Sue Black gave an inspiring account of the challenges she faced in developing her career, the campaign she led to save Bletchley Park from closure and her recognition in this year’s Queen’s honours list. She modestly claimed, “If I can do it, so can you”. 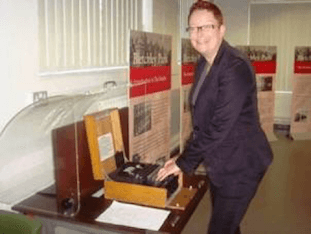 Michelle Anderson from Deliveroo gave an introduction into a number of different Crypto currencies, explaining the role of blockchain in securing everything from transactions using Triple Entry accounting, digital rights management, to securing networks using blockchain to prevent DDOS attacks.

Filipa Moura from Twitter gave a talk on how she became a Software Engineer, initially at UBS and more recently at Twitter.  She stressed the need for continuing education, the importance of feedback and distinguishing feedback from criticism.

During lunch I also had the opportunity to meet the team at Facebook involved in a program called Internet.org which aims to provide internet access to less developed parts of the world via a fleet of low altitude drones, controlled by satellites, which are being partly developed and tested in the UK, in Bridgewater, Somerset.

After listening to very talented and inspirational women speak on how they got into working in technology, the challenges they faced and the advice they would give other women (and a few men), I left with three key take away points:

There is no one way to be a woman in tech

This was the opening statements from Rebecca Muir, head of research at ExchangeWire. Rebecca got straight to the point by outlining that there is no right way to be a woman in technology. Preconceived expectations and stereotypes of what a woman in technology should be like should be left behind. Her message was to be yourself; as this is your power. This message was also continued by Clare Sudbery, Software engineer at laterooms.com. She spoke about walking into a room and being yourself in her talk titled ‘Women can do that too’. ‘If they don’t like you, you don’t like them. And if they don’t want you, you don’t want them’. Clare was all about empowering women to be themselves and not trying to fit in with others expectation of what a woman should be like. She also pointed out that it’s OK to be a geek – geeks are cool! It is cool to be smart and multi-skilled. There is no shame in knowing you have exactly what you need to get ahead in your career. She urged each woman to challenge the unconscious bias, keep breaking the rules on what a woman can’t do.

Make it or Take it

Lan O’Conner, Corporate Vice President here at Capgemini, delivered one of the most captivating talks. She spoke about not letting fear, environmental factors, or even a ‘you can’t do that’ hold you back from getting to where you wan to be. In her talk, ‘Room at the top: making it or taking it’, she spoke about making or taking a place in leadership whilst providing a view into her career development from building dams to becoming a Corporate VP. She describes ‘taking it’ as saying ‘yes’ to every opportunity that arises. Were as, ‘making it’ is all about creating a place for yourself if the position or opportunity isn’t there already. Both premise is based around what you can do if you put yourself forward and fight for what you want. “I’ve always been outnumbered and had to fight for what I wanted to do” says Lan. She gave an example where she showed up at a client’s office, walked in and asked to speak to the them without setting up a meeting prior or asking anyone’s permission to do so; which enabled her to win new business. She ended with ‘if you want it to happen, go out and make it happen!’ 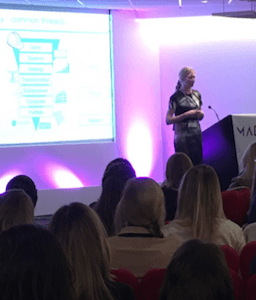 There is no better time to be a woman in tech

Being a woman working in or interested in technology is a great place to be – you are in demand. Or as Lan O’Conner puts it ‘You are hot! You’re in a great position, with great choices that are yours.’ We heard how females have a significantly higher chance of being being interviewed and hired than men as companies are desperate to hire women. As Charlotte Briscall, head of digital experience at Sainsbury’s, explained ‘hiring more women in senior roles makes companies better as a whole, as women bring a different prospective’. The challenge for tech companies today is how best to support and encourage women entering or already in the field into senior leadership positions. During the all women panel discussion ‘Women in technology leadership’ where we heard from a Thoughtworks Lead consultant, a Goldman Sachs VP, a findmypast.com CEO, a Barclays Director and a BSC Fellow they gave a few words of advice: 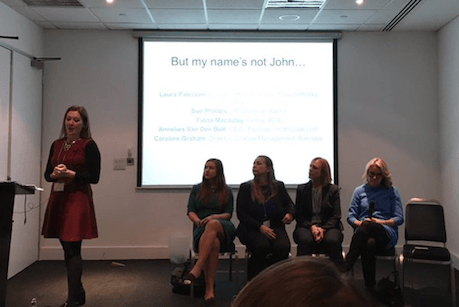 Although it has been said the gender gap won’t be closed until the year 2133, it gives me great comfort knowing that the world is changing in relations to attitude towards gender. I look forward to seeing the changes which will be accomplished by female leaders in technology. The current achievements of inspirational role models I heard from is helping to change the status quo and empower generations of women. 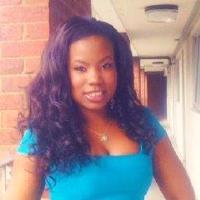 Shana is a Software Engineer Lead at Capgemini UK. 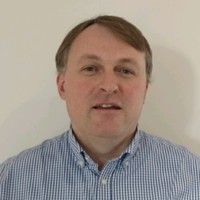 Mat is a Senior Solution Architect at Capgemini