Over the past few years, the use of JavaScript as a full-stack web technology has increased through the use of libraries such as React and Angular. As a result, the open-source platform Meteor was created. This post looks at the potential of Meteor to change the landscape of website development as we know it today.

What in the universe is Meteor?

Meteor is a full-stack JavaScript platform for developing modern web and mobile applications.

Looking at the platform’s website, it claims to be the “fastest way to build JavaScript apps”. Being the logically-minded individual that I think I am, it appears to be rather difficult to prove/disprove that idea. Regardless, I have gathered that Meteor is currently marketed as the quickest platform to work with from inception to implementation for producing a full-stack JavaScript engineered web solution which can be deployed once for multiple devices (web/mobile).

“Fastest” is claimed to be achieved by Meteor through:

Accomplish in 10 lines what would otherwise take 1000.

It is true that through the power of minification, the number of lines in a JavaScript file can be reduced by a signficant amount. With a full-stack JavaScript application, I can imagine this being quite effective. But maybe instead of that, they’re claiming that JavaScript is a more lightweight language than the likes of PHP and Java, which is indeed possible - but let’s not go into that.

Use the same code whether you’re developing for web, iOS, Android, or desktop.

This is very appealing and would obviously save a lot of time, but should we consider how many solutions actually require an application to be consistent across web and mobile? Would this feature be redundant for those clients seeking a mobile-enhanced solution?

A powerful, large ecosystem of packages

As an open-source platform, Meteor does have a collaborative community base. As we’ll discuss later, the package system implemented in every Meteor installation provides a simple and effective way of incoporating modules, addons, plugins (or whatever else you would like to call them) into a site by using a simple CLI. I’m always in favour of not having to re-invent the wheel everytime I write code.

With Meteor being a full-stack JavaScript platform, one would imagine there is code to manage both front-end and back-end requests/responses. Now how is this achieved? Let’s take a look at the typical file structure a Meteor application must follow:

JavaScript and data, together in harmony?

I wouldn’t say that exactly - Meteor uses MongoDB to hold a persistent data layer which exists as long as the server is running. If you are unfamiliar with MongoDB, “collections” (tables) are used to hold “documents” (records).

Meteor is built from the ground up on the Distributed Data Protocol (DDP) to allow data transfer in both directions. Building a Meteor app doesn’t require you to set up REST endpoints to serialize and send data. Instead you create publication endpoints that can push data from server to client.

By defining a publication in the api directory (see above), a list of documents stored in a collection is available for the client to subscribe to and receive real-time results. This allows Meteor applications to be reactive and adapt to ever changing data immediately.

Blaze was created as part of Meteor when it launched in 2011, and hence is claimed to be most integrated among the three with Meteor architecture. It uses a handlebarsJS-like templating syntax with HTML known as Spacebars.

React with Meteor can be achieved simply by adding the npm React dependency to the installation. This allows you to write React components in JSX as with any other React application.

Angular with Meteor is officially supported and there is even a separate dedicated community at Angular-Meteor.com. Although it seems to be a lot more work (bootstrapping) to get both working together effectively than with React or Blaze.

When does a Meteor become an Asteroid?

As mentioned before, Meteor employs its own fantastic packaging system known as AtmosphereJS, previously developed as an NPM package known as Meteorite (you can read their full story here).

Atmosphere packages are written specifically for Meteor and have several advantages over npm when used with Meteor.

As you can imagine, this makes Meteor a pretty powerful platform, and encourages the open-source community to collaborate and improve on the platform over time.

One can simply browse the AtmosphereJS website and use the Meteor CLI to install packages:

Meteor integrates with Cordova, a well-known Apache open source project, to build mobile apps from the same codebase you use to create regular web apps. With the Cordova integration in Meteor, you can take your existing app and run it on an iOS or Android device with a few simple commands.

Cordova wraps HTML/CSS and JS into a native container to target multiple platforms. As a web app in itself, it means the Meteor application can simply be wrapped to support mobile devices immediately. However, as mentioned before - what if the client wants to expand on the mobile version of an application? Fortunately, there are neat conditionals that can be used to identify the user’s device:

However, depending on how different the mobile version is desired to be, one could argue that keeping both together with countless device conditionals would be counter-intuitive. It may make more sense to split the code into two applications and use some funky routing - but that’s for another discussion.

It’s rather easy to find a wide range of resources, tutorials and even books for learning how to use Meteor effectively. It’s great to see that a fairly new platform already has such a large and passionate community.

Many Integrated Development Environments (IDE) have started to incorporate working with Meteor with new plugins and tools. You can see some of these below:

Do you like reading? Then look no more, there’s as many as 4 books available for you to digest - if that takes your fancy:

Learn Meteor and build faster & simpler web apps, as we teach you how to build a real-time Meteor app from scratch.

An online book about the Meteor JavaScript framework that helps beginning web developers build their first real-time web application with Meteor in a matter of hours.

Let us show you how to make the most of this amazing platform to impress users, reduce development time, and turn your ideas into code.

An easy to follow, step-by-step approach to learning how to build modern web applications with Meteor.

To conclude, I believe that Meteor will most certainly increase in popularity and is in a very good position to push JavaScript to start to replace other technologies for website development. Meteor is extendable, it has countless packages to choose from, or the opportunity to create your own. Meteor is fast, an application can be deployed for multiple platforms at one time. Meteor is efficient, using only JavaScript code the application can be minified to increase performance and improve user experience. No doubt, there are other platforms suitable for developing your application, but it is the fast nature of Meteor development that really stands out.

Try Meteor out by installing it from their website - it may just be a game changer. 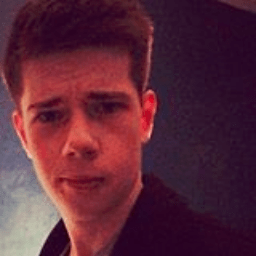 Henry White is a Software Engineer at Capgemini. He has experience in PHP, JavaScript, React and Drupal. Henry has a strong interest for learning new web technologies.