While it is relatively easy to write code, it is not so easy to write high quality maintainable code. In this post, we introduce a technology - Roslyn, which enables .NET software engineering teams to implement automated code reviews based on the skills which they already have.

The typical modern software engineering team is comprised of people with diverse background and experiences and as such, there is a need to implement some quality control mechanism which aims to ensure that the code developed by the team, is fit for purpose. One technique often used to achieve this is code review. Wikipedia provides the following definition for code review:

Code review is systematic examination (sometimes referred to as peer review) of computer source code. It is intended to find mistakes overlooked in software development, improving the overall quality of software. Reviews are done in various forms such as pair programming, informal walkthroughs, and formal inspections Wikipedia

Within the Capgemini engineering blog, these two posts, Better Learning Through Code Reviews and What to look for in a code review, provide more information about code reviews.

With the introduction of Roslyn-based .NET code analyzers, it is now quite straight forward for any .NET developer to develop code analyzers which are able to target specific projects. In addition, such an analyzer will be enforced in real time within most standard .NET integrated development environment (IDE) such as Visual Studio. Therefore, code issues are detected as the code is being written by developers which results in minimizing the cost for potential rework.

Roslyn is the code name for the .NET compiler as a service offering and prior to Roslyn, source code compilers operated as black boxes which accepts source code as input. Upon compilation, either a binary is produced for successful compilation or error(s) when the compilation fails. This is however different with Roslyn.

In addition to the general source code compilation performed by compilers, Roslyn provides “hook points” - events, through which subscribers can participate in the compilation process. For example, an event may be when Roslyn encounters a constructor or a method or even a variable within the source code. Through such events, a subscriber which is bespoke code, otherwise referred to as a code analyzer, can obtain rich information about the input source code – full access to the entire syntax tree.

With this contextual information about the source code, it is possible for the analyzer to enforce specific rules on how code should be constructed. In addition, an analyzer can if necessary fail the entire source code compilation process and send relevant information back to the compiler which is subsequently displayed as part of the compiler log information.

Consequently, specialised analyzers can be developed to process very specific portion of a source code. For example, it is possible to develop an analyzer which fails the compilation process when any method has more than say 13 parameters or when a method has more than 100 lines of executable code.

Roslyn-based code analyzers are .NET libraries which can be developed in both C# and VB.NET. They can either be packaged as Visual Studio extensions or as NuGet packages which require no installation and apply only to the C# projects which depends on them.

This blog post on Getting Started with Roslyn Analyzers provides detailed information about Roslyn analyzers.

How to Create a Code Analyzer

To develop a Roslyn code analyzer, the .NET Compiler Platform SDK must be installed on the development machine. This process is simplified if Visual Studio is the development IDE.

This resource on Getting Started with Roslyn Analyzers provides more information on how to develop .NET code analyzers.

Once the SDK is installed, it adds a syntax visualizer window to Visual studio. This window is very useful when analysing code syntax tree. The Syntax Visualizer can be displayed via View > Other Windows > Syntax visualizer and the figure below shows a screen shot of this window.

Each code analyzer using the Roslyn SDK must inherit the base class Microsoft.CodeAnalysis.Diagnostics.DiagnosticAnalyzer and implement two fundamental steps:

The code sample below registers a AnalyzeMethodDeclaration which will be triggered whenever Roslyn encounters any method.

And the implementation of the delegate is shown below:

Once the code analyzers are implemented and tested, the project produces an analyzer .dll output. This output is then packaged into both a NuGet and a VSIX extensions.

The NuGet Package (.nupkg file) will add the analyzer to your target project as a project-local analyzer which participates in the project builds. This option is particularly suitable to a continuous integration workflow as there is no need to install any software. The package moves with your .NET project and a NuGet restore is all that is required before a build to ensure that the package is available to the project.

To maintain a high-quality code base which ultimately delivers value within software projects, code reviews are an essential part of the development workflow. With the introduction of Roslyn-based code analyzers, the effort required to develop automated code reviews have been significantly reduced. In addition, these code analyzers have full access to the syntax tree and as such rich contextual information about the source code.

Furthermore, Roslyn analyzers can be deployed through NuGet which aligns very well to the continuous integration workflow. We have in the post presented a high-level overview for Roslyn analyzers. In subsequent posts, we intend to present detailed implementation of analyzers based on this technology that are currently been used within the Capgemini Microsoft business unit team to ensure a high level of code quality and consistency. 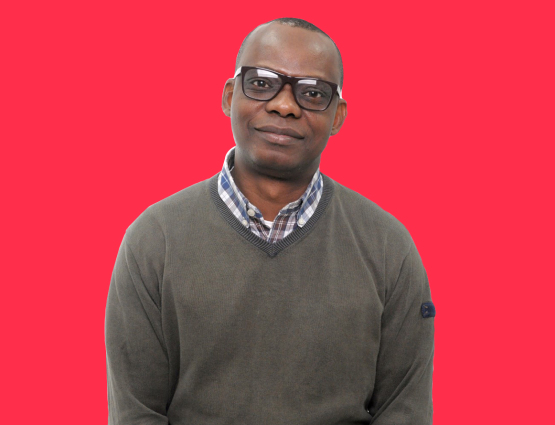 Kriss Sulikowski is a Software Engineer at Capgemini, with an interest in .NET, .NET Core, DevOps, Microsoft Dynamics 365, software engineering.