I have been a Java developer for a long time. That goes beyond the time when EJBs or even Struts were introduced. In my madness I decided to start my PhD a few years back. As part of my research I wanted to design a Domain Specific Language (DSL) for security policy languages from the ground up, and due to the limitations of Java (at that time) I was forced to look at other options. At this time I was introduced to Scala.

My journey from Java to Scala was not only far from smooth - it was a bumpy ride almost all the time. Having said that, I have to admit I’ve enjoyed every moment of it. So I decided to share my knowledge with the hope to help those of you who would like to have a smoother journey from other universes to Scala. In order to achieve that in a series of short/medium length blog posts (as opposed to a very long one) I am going to provide you with my experiences. So here we go:

I do remember when I converted to Java. I bought a book and started to learn. Everything made sense: if, while, do, methods, objects etc. But why is this not the case for Scala or any other functional programming language? In my opinion the answer is that functional programming languages are hard(er) to grasp especially if you have been an imperative language programmer for a long time.

Let’s pick up an example here. Functional programming languages (including Scala) are less verbose compared to imperative languages. This usually is labelled as an advantage of these languages by their developers. Well, that is true, however that also implies the code will be harder to read, especially for a novice. Those impatient individuals who would love to start functional programming by looking at code will probably struggle to learn the language in this way.

Another example can be presented as the concept of “state” in imperative programming languages. State plays a great role in our day-to-day life (as Java developers). We create (sometimes) complicated code to deal with the state of the data and present it fresh in our code at different tiers. Now imagine a world that is stateless, I mean no state at all! Certainly it will be a simpler world but it will definitely also be hard to grasp and live in such a world whilst you code your applications the other way all your life. It can be compared to a great photographer who has been taken lots of great natural pictures and now he has been asked to shoot ONLY in Black-&-White!

Irrespective of starting point, you will realise functional programming is hard(er) to grasp and harder to live in (OK, at least to the point that you feel comfortable with it). Inevitably at some point you will ask yourself the questions “why do I have to go through this pain?” and “what is the justification beyond all these efforts?” Undoubtedly if you do not have concrete answers to these questions, most likely either you never finish the journey or you never feel and love the greatness of functional programming. In my case, I was lucky because the limitations of Java (at the time) forced me to stay on the track. Who knows what would have happened if I wanted to start my PhD course today? I reckon the result might have been different.

To summarise the section, set your mindset, set your goals, be prepared for challenges, have determination, do not give up and rest assured good days will come.

As it has been detailed in the previous section, you need to be prepared for challenges but I would say be prepared for surprises - in a good way - before that. Use these so called surprises as your encouragement to keep learning and ultimately enjoy coding Scala. I could write a book about the greatness of Scala and perhaps to motivate you to start learning this language but I probably will rewrite a Scala textbook here; so let us avoid that! I also would like to go a bit deeper than the very basics, as I am sure you already know about them. Things like forgetting about the semicolon, or that immutable objects are preferred in Scala, or that you can write the import command anywhere in your code! So let us explore a few tricks that might motivate you to start your journey sooner rather than later.

I would like to keep going but I would say this is just about enough for the first blog post. I will continue on other posts, but before I close, I’d like to highlight one more thing.

We (us developers, and not just Java ones now) love “Hello World” kind of exercises that teach us new languages, features etc. But we all know that is not enough. We need to get our hands dirty on real projects with what we have learned. We need to see how other developers approach the very same problem that we are about to solve. We need to see what can be done to make the code more reliable, enhanced and defect-less. Unfortunately none of the above can be achieved if you are not working on a real project but fortunately there are ways to address this challenge.

Contribution to an open source community can be described as a win-win situation. There are wide ranges of open source projects available that you can contribute to. Usually contribution starts with contribution to documentation, which leads to reading the code and documenting it accordingly. As your confidence and experience grows you might be able to move to bug fixing or even implementing some features for the project. That would be a great starting point for almost everyone.

The other way of course would be to join multi dimensional organisations like Capgemini. Within Capgemini we have wide range of projects that suit almost everybody’s tastes and appetites. You will certainly enjoy the diversity of projects that we have within Capgemini. If you are eager to learn more, challenge yourself, work shoulder-to-shoulder with very famous individuals who constantly shape the IT industry and more importantly being paid at the same time, why not join us and achieve all in one go. We are hiring now. 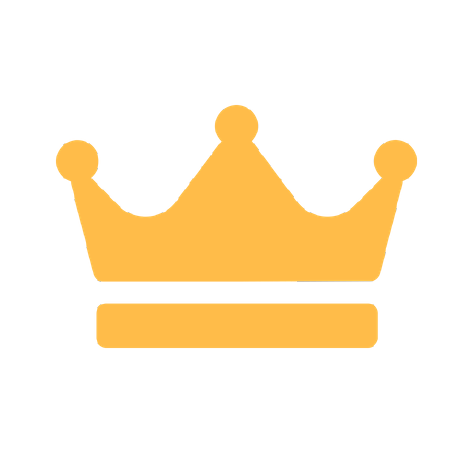